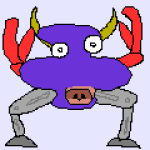 Maitland Ward is the proud recipient of five 2022 XBIZ Award nominations in honor of her exceptional work in the adult industry over the past year.

The tense drama from Deeper, a highly ambitious project from director Kayden Kross that, according to Ward, comprised 12 days of shooting, a 75-page script and 750 lines of dialogue for her to memorize, was honored with eight XBIZ nominations in total.

“Much gratitude and thanks to XBIZ, Kayden Kross, the team at Deeper and my fans and social followers who have supported me in the nearly three years I have been in the industry,” said Ward. “Every day I show up to work is a new opportunity to create amazing performances with the best people in the business. I’m so incredibly lucky and I know it!”

Ward will be in attendance when the winners are announced at the 2022 XBIZ Awards Show, taking place Sunday, January 9 at LA’s historic Hollywood Palladium.

Lulu Chu Is Up For a New Challenge at RK @luluchuofficial

Kenzie Reeves masturbates in front of her bodyguard